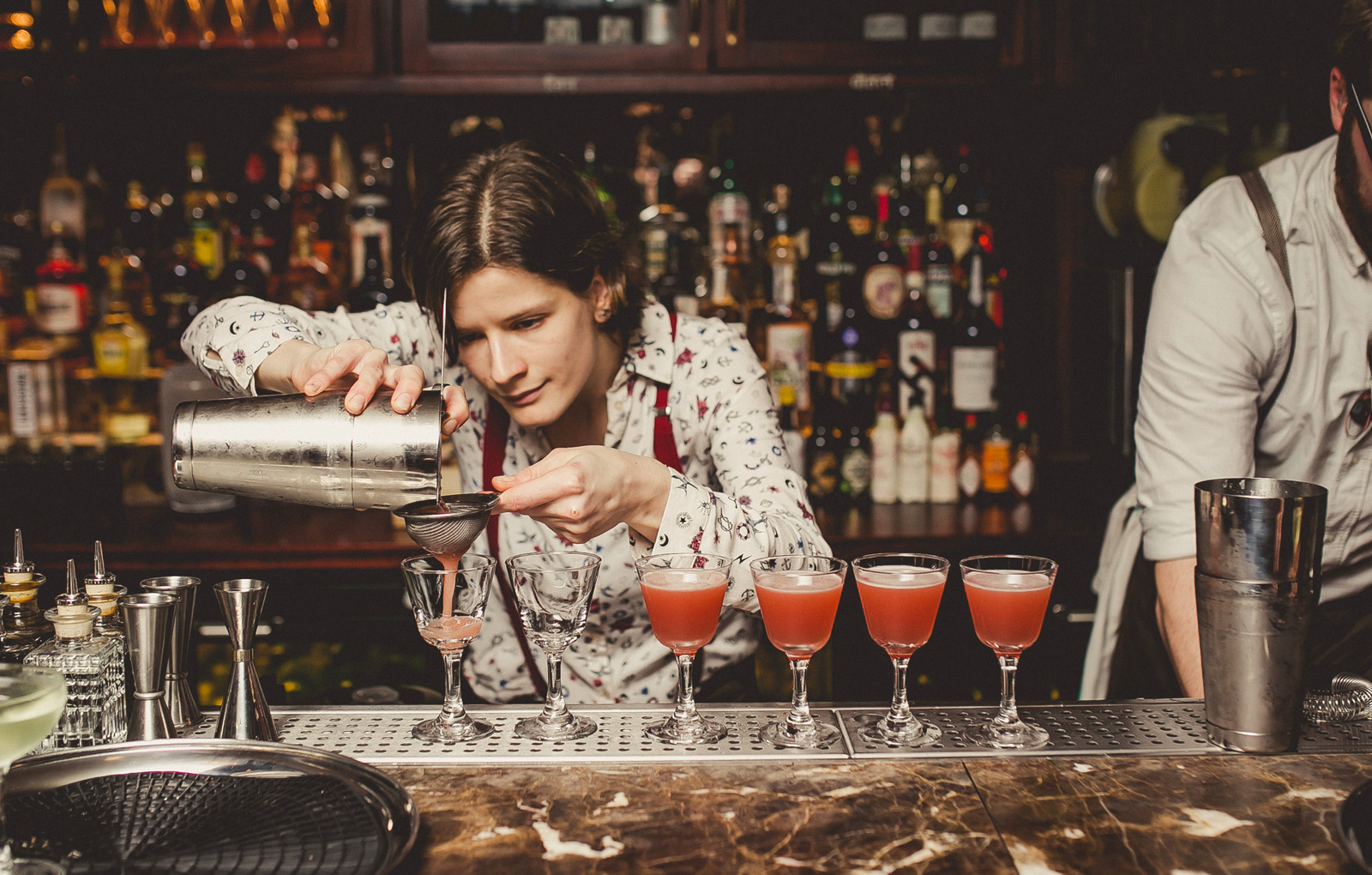 Serving up London's most-loved restaurant to the north.

Irani cafés, as the name suggests, were an import to Bombay. Welcoming all sections of society, they were real melting pots. A homage to these cafes, London-based Dishoom was founded in 2010. We had the delight of telling Scotland the good news – that Dishoom, the restaurant with cult-status where people would queue round the block – was on its way north; the first of a number of openings in a UK-wide roll-out.

No two Dishooms are the same; part of the way Owners and cousins, Kavi and Shamil Thakrar, are redefining the term ‘multi-site operator’. Edinburgh’s inspiration was Sir Patrick Geddes (1854-1932). Co-creator of Edinburgh’s New Town, Sir Patrick also co-founded the University of Bombay. It’s quite a tale of two cities.

Mirroring the inspiration behind Dishoom – namely Bombay’s Irani cafés that brought disparate groups of people together – we developed and ran an intensive multi-channel PR campaign that united a huge spread of different outlets from Scotland’s mediasphere – broadcast, print, online, trade, influencers and – not least – word of mouth itself. Utilising Sir Patrick Geddes’ story to open up conversations with key editors and tastemakers, our campaign resulted in a level of coverage that ensured Dishoom became a chilli-hot topic of conversation and the capital’s ‘must visit’ restaurant; if you could get a table that is! 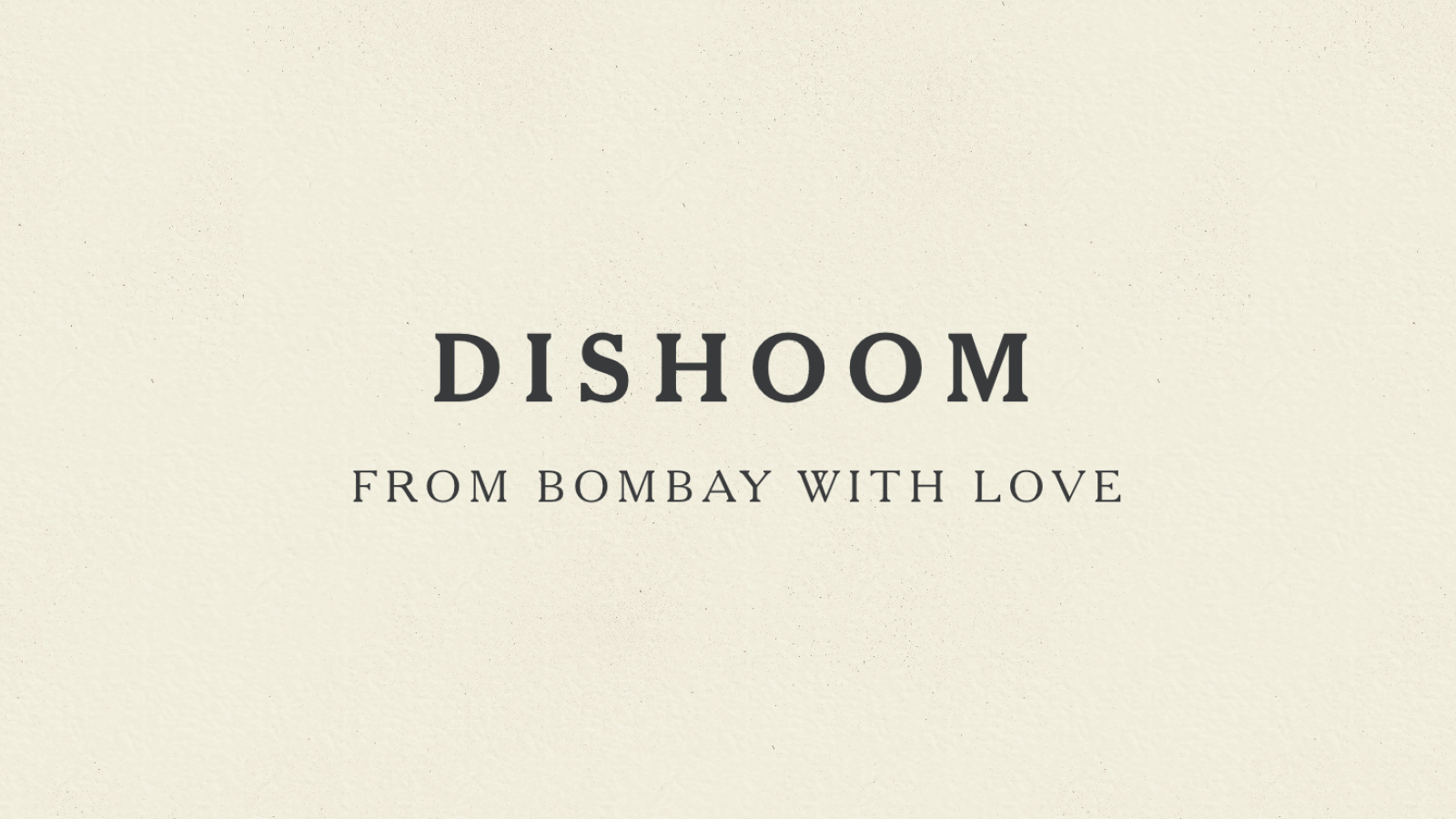 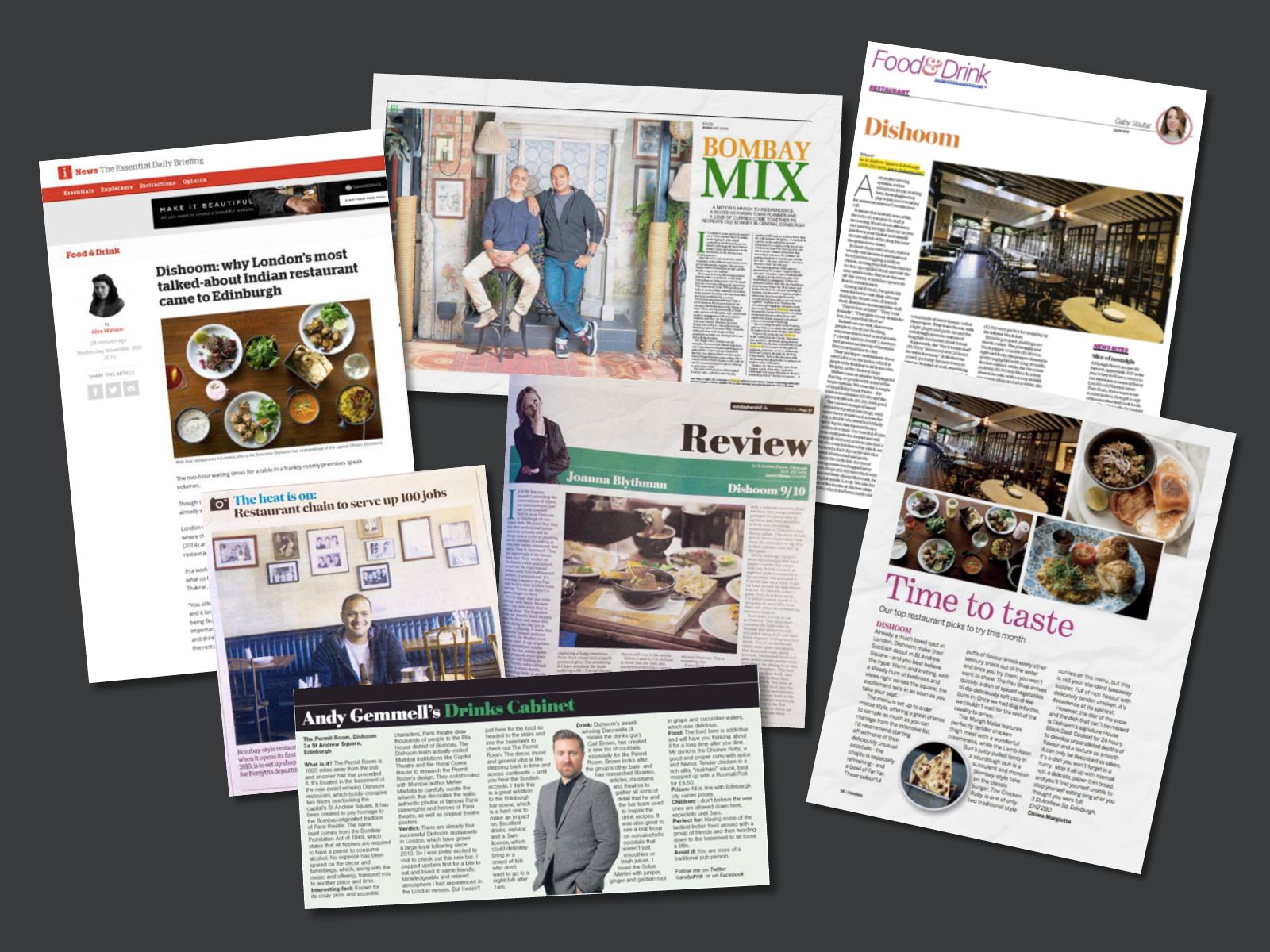 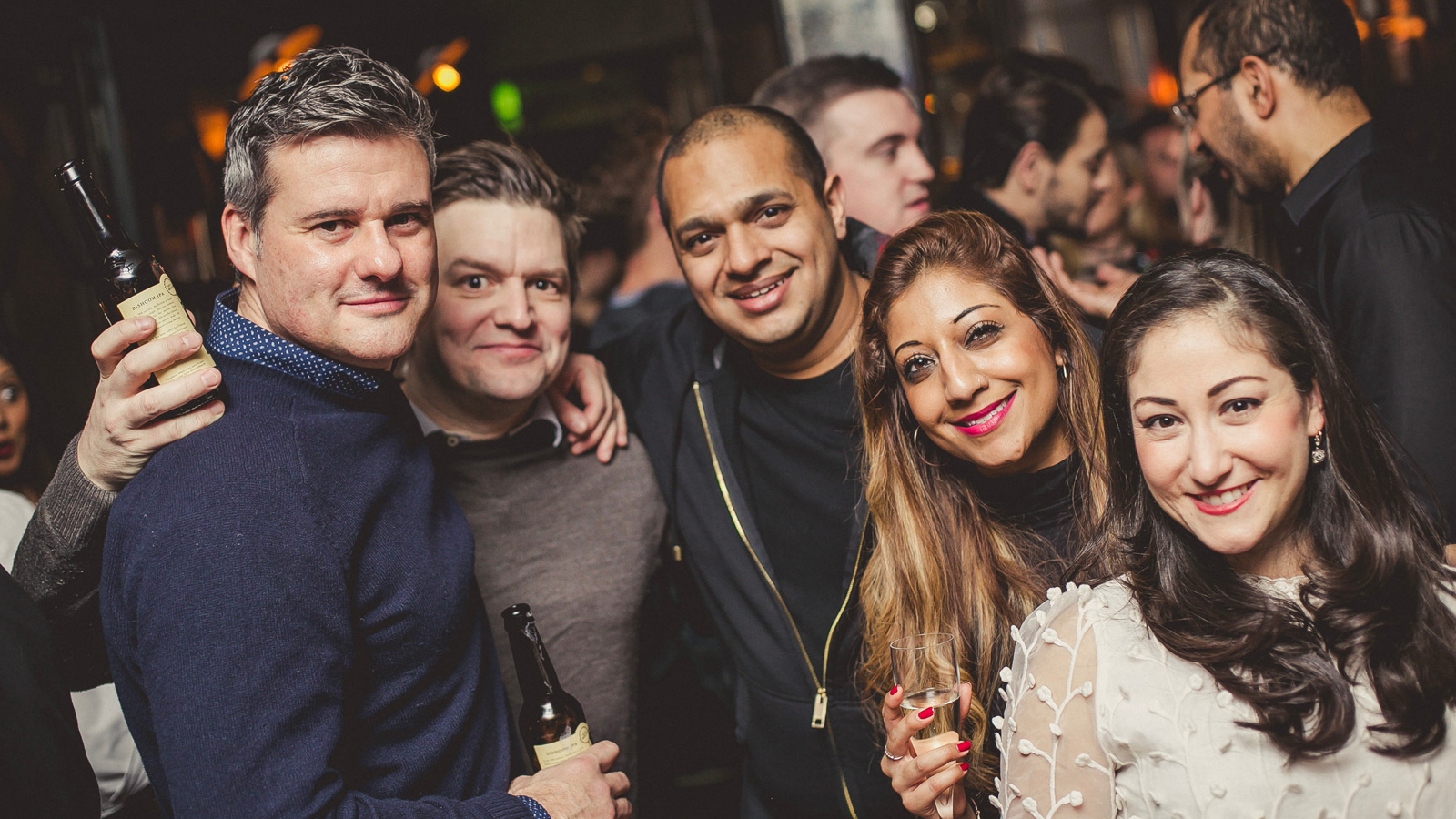 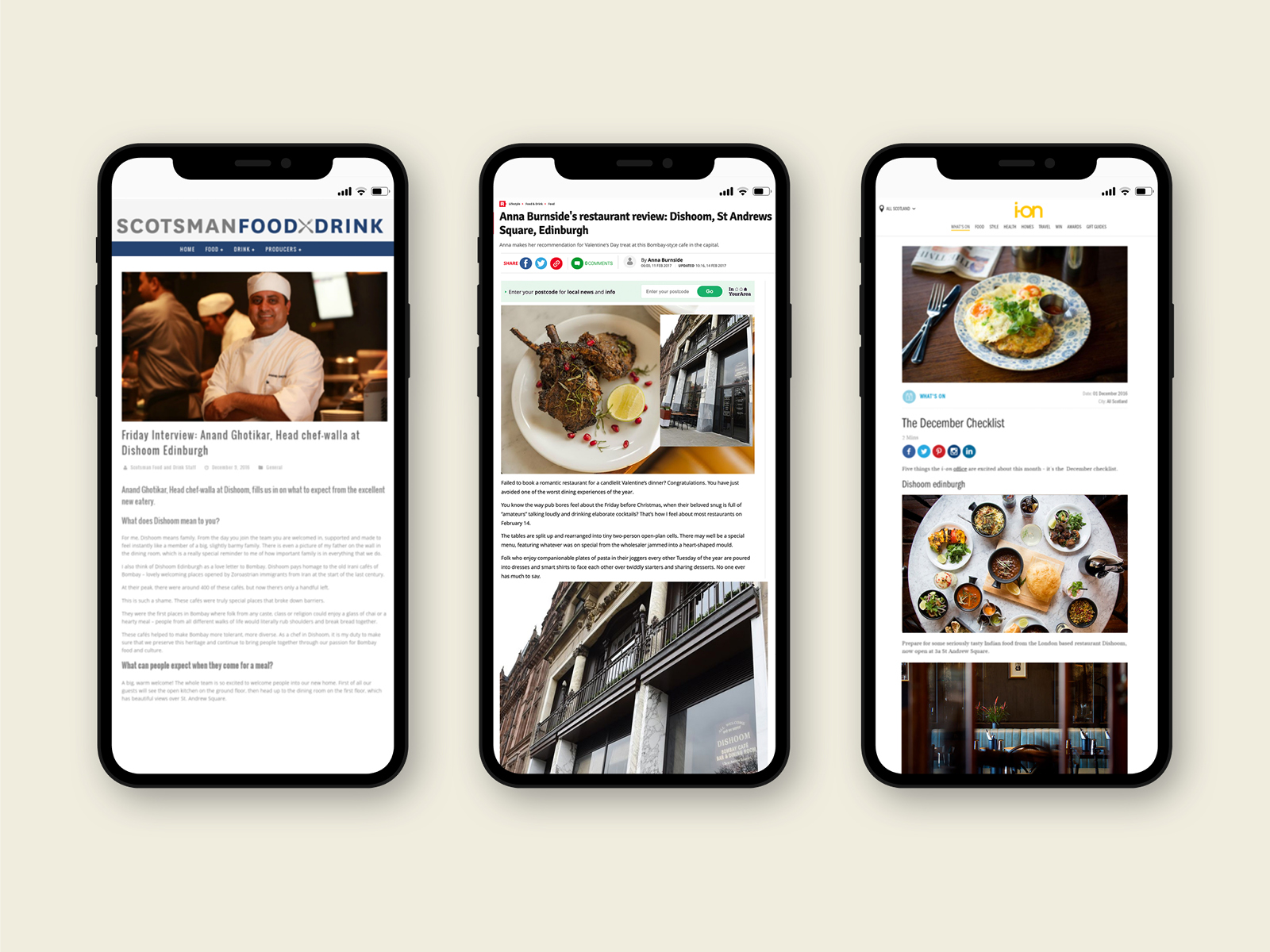 We generated wall-to-wall coverage. Wherever there was a double-page spread, there was Dishoom. Targets have been exceeded week-on-week since the doors first opened. The queues outside braving the weather are testament to this.

80
pieces of coverage in target media